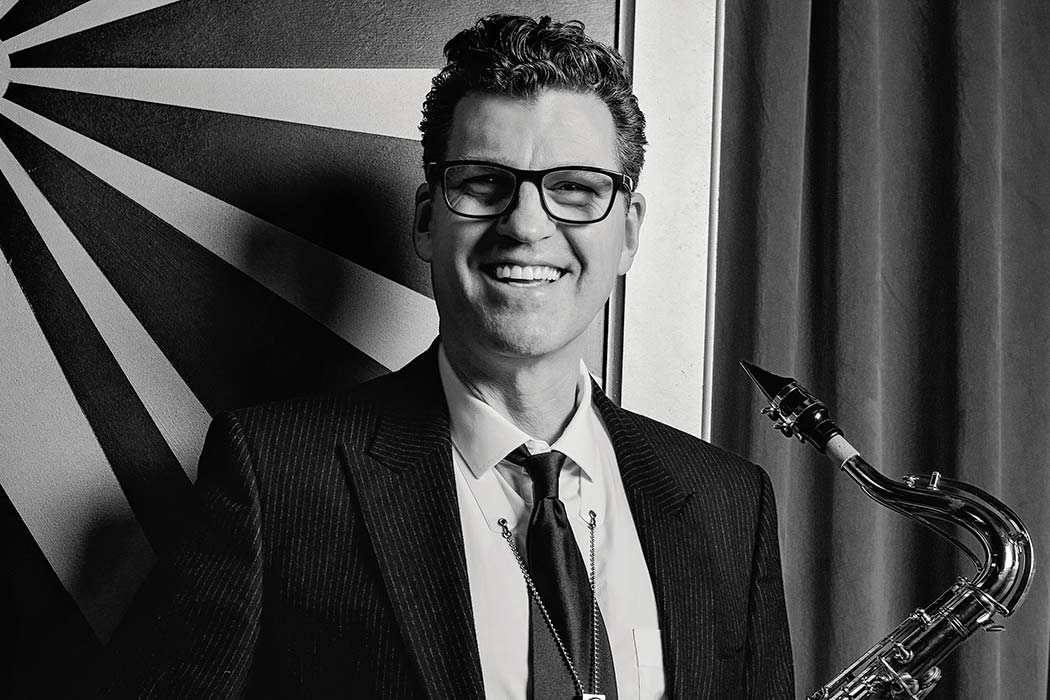 Although their sound is unmistakably vintage, The Jump Orchestra are no period piece. They breathe new life into classic standards and feature many fine original compositions in their repertoire. Infectious rhythms and brilliant musicianship are the hallmarks of the Jump Orchestra, showcased in lively performances that will lift an audience out of its seats.

The Jump Orchestra’s horn-driven sound is inspired by the scaled down “jump bands” that became wildly popular during the late 1940s. The group’s music is a tasty mix of swing, jazz and jump blues, mingled with New Orleans, Afro-Cuban and Caribbean styles. Dave Babcock’s smooth vocal delivery, influenced by singers like Frank Sinatra, Nat King Cole and Louis Jordan is the perfect compliment to his robust saxophone tone.

Formed in the early ‘90s, The Jump Orchestra’s debut release “Both Feet” won an ARIA Award for ‘Best Jazz Artists’ and their 2011 release “Jump To It” was nominated for a WCMA Award for ‘Best Instrumental Album.’ “Jump To It” climbed to No. 2 on the CKUA Radio charts and music from it has been featured nationally on CBC Radio’s ‘Saturday Night Jazz’ hosted by Laila Biali.

“Thanks for the wild music! Top to bottom, your album is so very fine…great charts, chops and a canary that can chirp. Caravan takes me many places, old and new. Terrif!”

A review of “Jump To It” by Van Dyke Parks (renowned musician, arranger and producer)